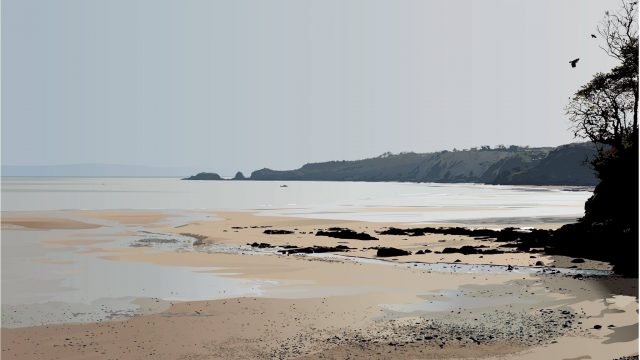 Author:annecakebread
Category:Portfolio
← Preseli tree
London Underground →
14th July 1910
The Tenby Observer
“MONSTER OF THE DEEP AT SAUNDERSFOOT.
While fishing with a wade on the beach at Saundersfoot in the early hours of Saturday morning, two men F. Beddoe and H. Thomas- met with an experience which neither of them are likely to forget in a hurry. It seems that while drawing their net along a huge monster rose out of the water about a dozen yards in front of them and midway between the two men. It made a great commotion in the water, and blew and snorted like a whale. As far as could be seen in the darkness (it was 2 a.m.) it had the appearance of a giant octopus, with long feelers projecting from a huge black body. It remained for about two minutes, when it disappeared. The man Thomas, who was stricken speechless for about an hour, and who seemed much shaken when interviewed, said he felt so ill, and was frightened so badly, that on returning home he at once went to a mirror to see whether his hair had turned white. Great speculation is being indulged in in the village as to the nature of the monster,” but no satisfactory solution has been arrived at as yet. It is thought that this will put an end to this form of fishing for some time.“
newspapers.library.wales

This is the first part of a series created by Anne drawing directly into the computer and then printed out in a series of limited edition prints. Each piece of work has an associated written piece taken from historical documents about the area, including extracts from a 15th Century letter to the Monks in St Dogmaels abbey and 19th century newspaper reports about fights between rival local fishermen.

All images are available as framed limited edition prints: