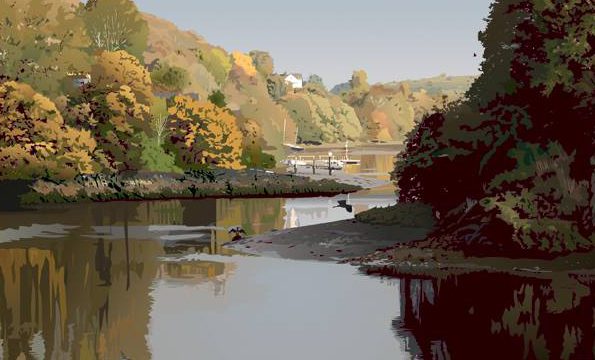 17th May 1889 The Cambrian News and Merionethshire Standard
“CARDIGAN BAY FISHERY. CRAB AND LOBSTER FISHING AT CARDIGAN. There we’s no fishermen in the world, Captain Evansbelieved, who worked with more regularity than the salmon fishermen of Cardigan. At the commencement of the season they drew lots for precedence. Number one got Castle Pool for two tides and then moved on to make way for number two who had been fishing a less favourite pool, and number two gave place to number three and so on until the whole of the fishermen had had their turns at Castle Pool for two tides, when the rotation began again… Then, putting on his hat, he very kindly led the way to the river side, where eleven or twelve small open boats lay at anchor in a sheltered baylet. The length of the longest boat in the fleet was but twenty-five over all. “But sure!y,” it was observed, “you don’t go herring fishing in those tubs?” ”Oh, yes,” replied the captain, “they will stand a tremendous sea. I and John Williams there went out fifteen years and throwed the net, and had 10,000 herrings in an hour’s time. When we used to go north we had the boats towed behind vessels, and made Mochras our rendezvous. Mochras was then the place now it is Pwllheli.” On returning from the river, the salmon fishermen were seen assembled in and about a lean-to shed in which they tanned their nets. The nets were spread on poles near the river, and the men were waiting for the clouds to roll by, the water to get warmer, and the salmon to begin to run up the river…” newspapers.library.wales