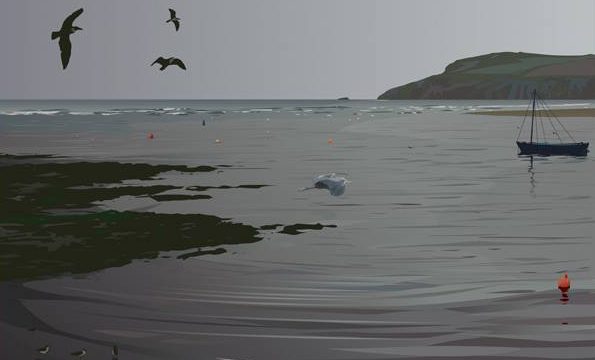 9th August 1887 South Wales Daily News “RIVAL FISHERMEN IN PEMBROKESHIRE. A Newport (Pem.) correspondent writes :-On Wednesday last some fishermen from St. Dogmell’s thought proper to visit this place and cast their nets into the sea at a spot where they should not. The women and crew of the Newport boats became very indignant, and were with considerable difficulty restrained from giving the invaders a warmer reception than they had calculated on. As it was, they escaped without damage to boats or nets. However, a few blows were exchanged. On Sunday evening police constables began to arrive at Newport, and by noon on Monday no fewer than 20 constables had assembled in view of possible contingencies. The powers that be evidently expected another invasion of fishermen or disturbers of the peace. At the time of posting no enemy has hove in sight.” newspapers.library.wales